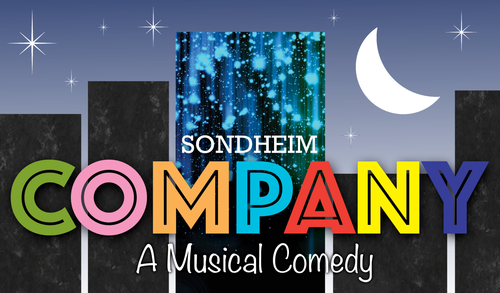 Event Description:
Company, with music by Stephen Sondheim and book by George Furth, takes place on the night of Bobby’s all-important “30-something” birthday. Bobby, a long confirmed single, contemplates what it means to be alone. Over the course of a series of remembered dinners, drinks and even a wedding, friends explain the pros and cons of taking on a spouse.

Bobby is forced to question “the tick-tock” of what it means to be unmarried. Sondheim's Company is largely regarded as a trailblazer of the dark-comedy, modern-musical genre, and features a brilliantly brisk and energetic score containing many of the composer's best-known songs.
Location:
Heiland Theatre
Boyd Cultural Arts Center
Wilmington College
Douglas and College Streets
Wilmington
Date/Time Information:
Thursday, Friday, and Saturday at 7:30 p.m.
Sunday at 2:30 p.m.
Contact Information:
937/481-2267
Fees/Admission:
Reservations can be made weekdays by visiting the Theatre Box Office or calling 937/481-2267, from 9 a.m. to noon and 1 to 4 p.m.
Set a Reminder:
Business Directory Events Calendar Hot Deals Marketspace Job Postings Contact Us Information & Brochures Join The Chamber